Last week a part of the team travelled to Bucharest where Nicolo had the chance to discuss in depth about GIS and the apps developed for the project with our partners at ESRI.

Astarte and Oana visited a laboratory in order to arrange the next phase of analysis of the bison faeces in order to interpret the types of food they consume. 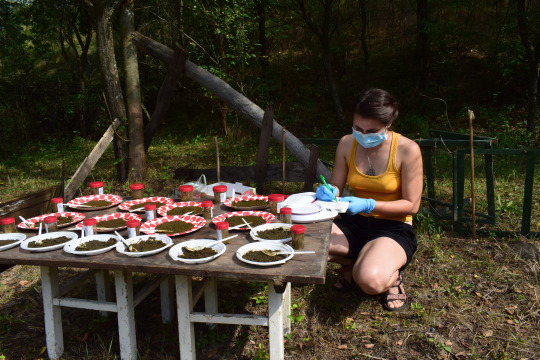 While some were exploring the urban jungle of the capital, Tristian and Sebastian were immersing themselves in the bison habitat by camping out and arranging several hides to catch a glimpse of wildlife. They got lucky several times, having very close encounters with the bison and assessing their behaviour.

The rest of the team, Danne, Ariane, Bianca and Cătălin and two volunteers from Germany, Tara and Cora, explored the hills on the Timiș river in search of the legend of the bison mark. Along the way they discovered a wonderful path along the river, several gorgeous open spaces with views over the Armeniș valley and abandoned hamlets with plum and apple orchards. 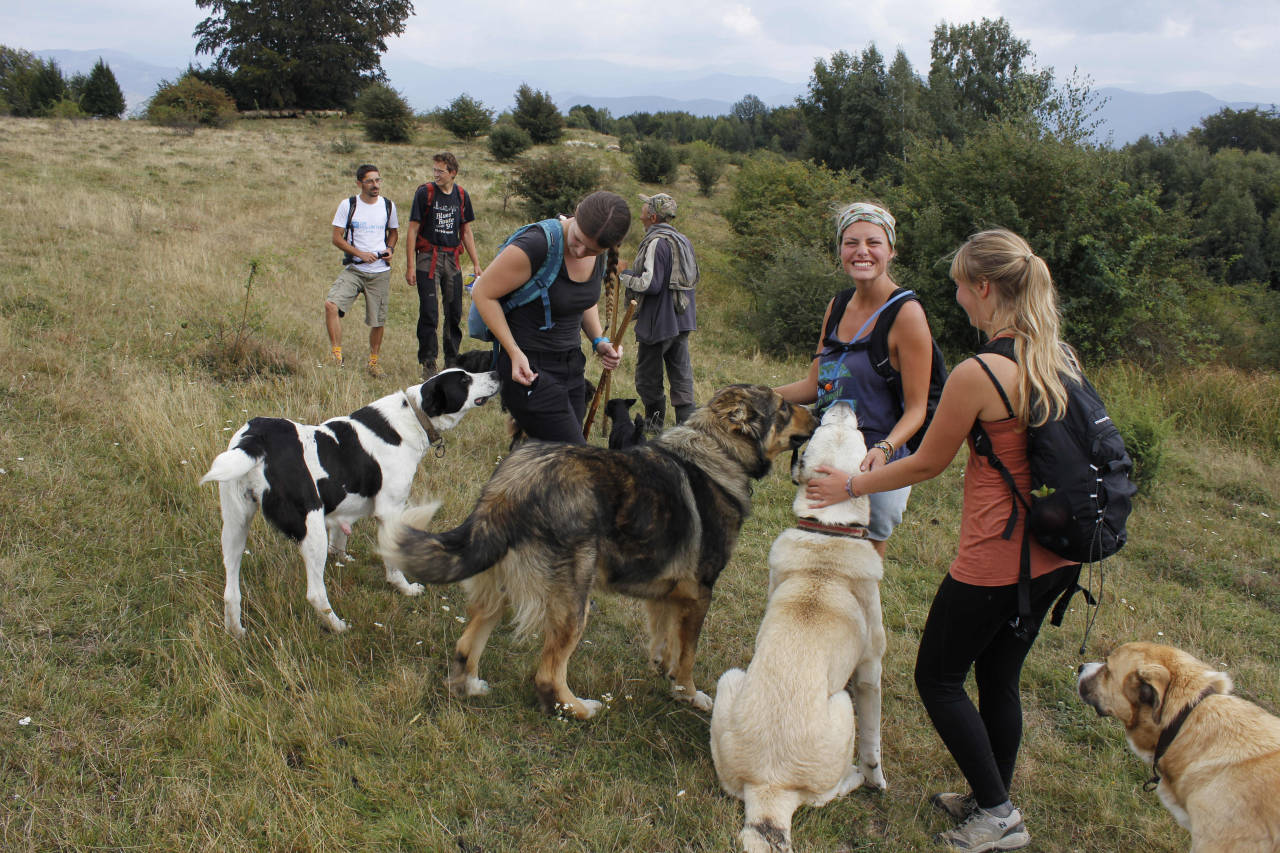 Tara and Cora are recent biology graduates and will stay in the Bison Hillock until next week helping with bison observation, setting up Film in the barn and also with exploring new trails in the region. 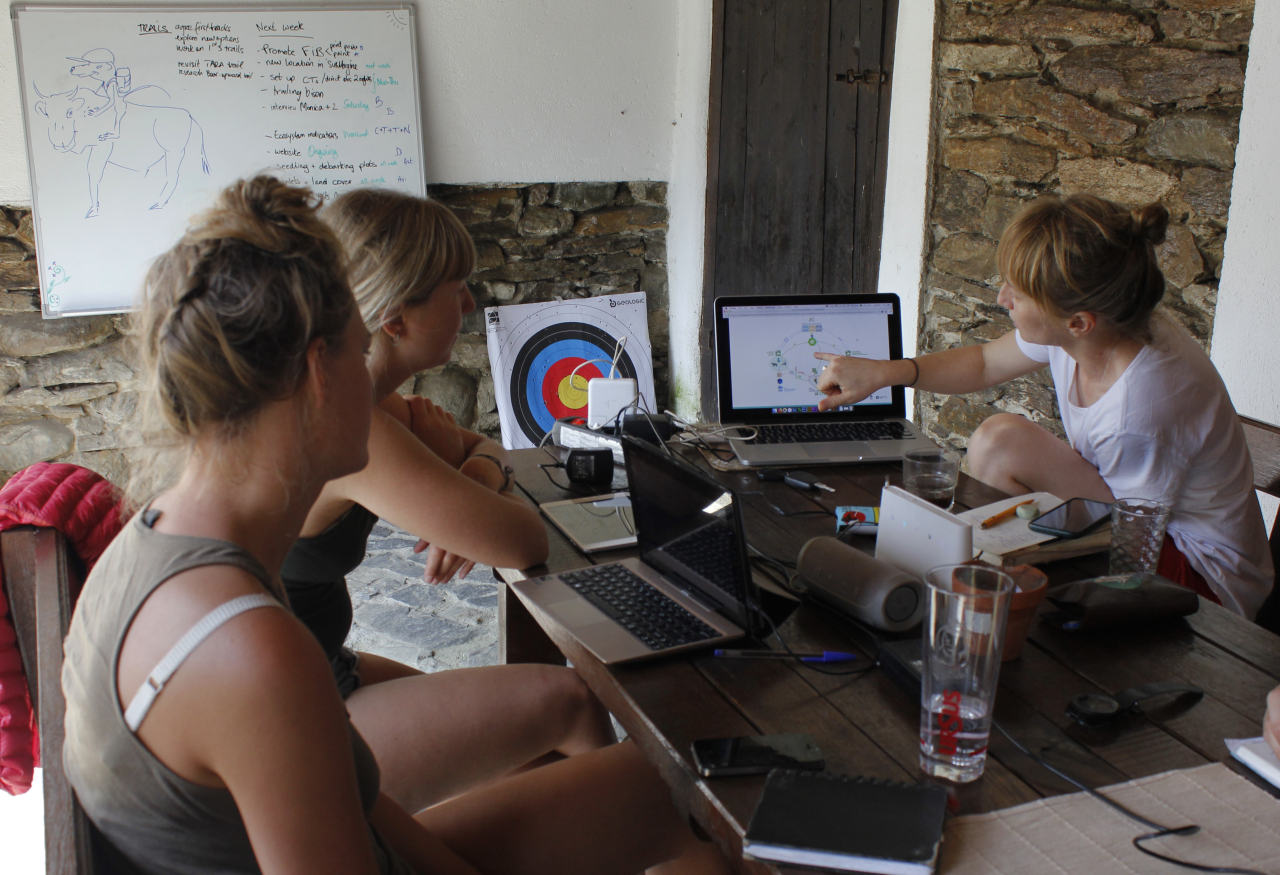 The second evening of Film in the barn was again a success with children and adults alike coming to Barak’s family restaurant in Ameniș to enjoy cake and the Jungles episode of Planet Earth II series. The camera traps and short videos captured by Tristian and Sebastian offered a nice and educational introduction to the movie night with sightings of red deer, martens and bison showing the audience the abundance and diversity of wildlife in the area. 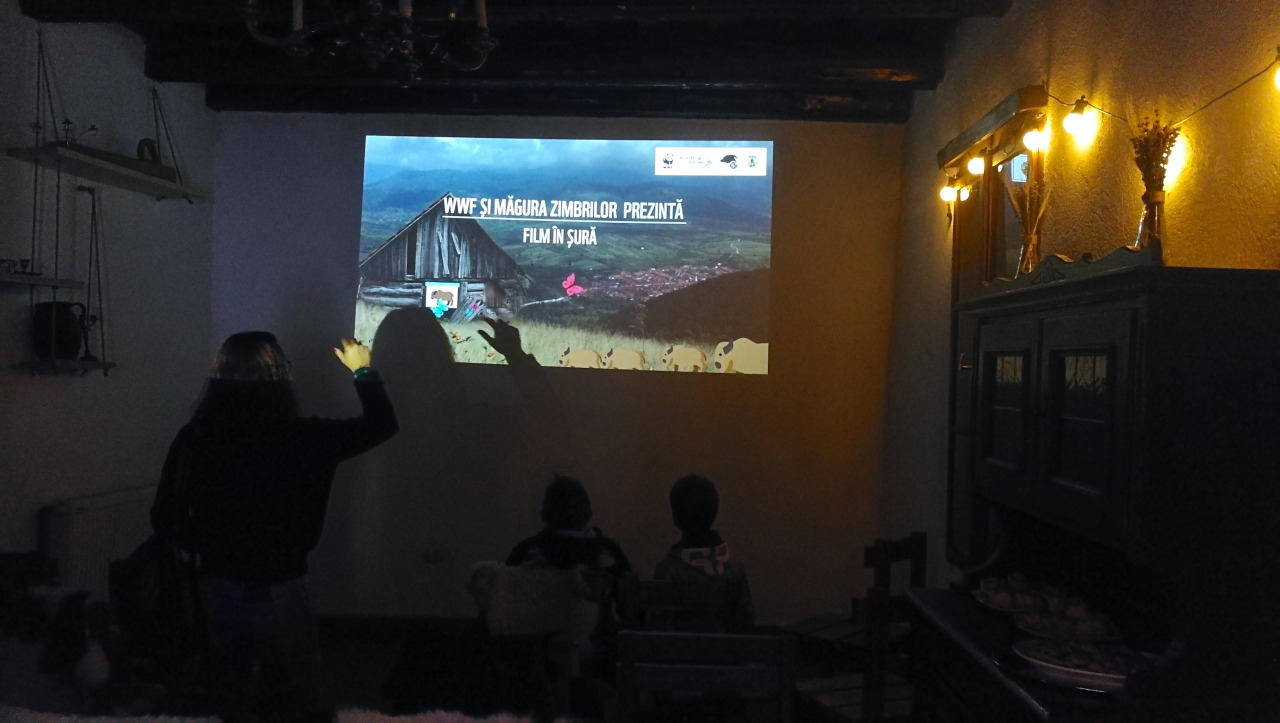 Curious to see what’s happening this week? Keep an eye out for posts on our channels: