Hunters and guides on the path of conservation

Hunters and guides on the path of conservation

The first week of autumn came to the Bison Hillock brining along with rusty leaves and chilly winds many friends from near and far.

We welcomed to our team Nicolo, from Italy, who will be our compass for everything GIS (geographic information system) related and also Sebastian, Swedish wilderness guide, who is preparing to become our main local guide. 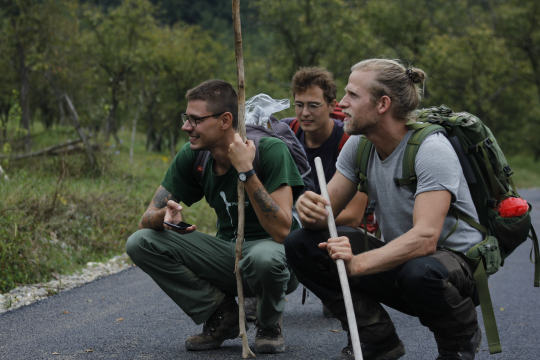 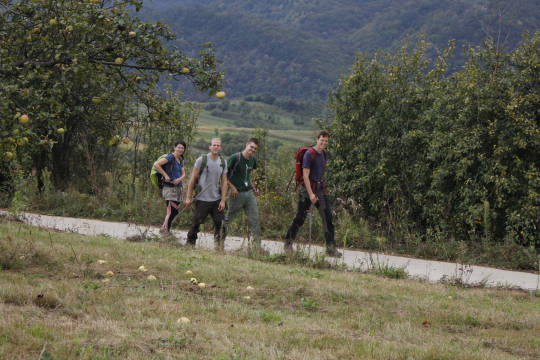 Wasting no time the Taskforce went exploring the region, discovering new trails and getting to know each other. It’s very clear the coming months will be filled with intense field work, travels and laughter.

For 2 days, a group of 7 hunters from Armeniș attended a track and signs workshop led by Tony, an expert in tracking with 7 years of extensive experience gained in Africa and Europe. 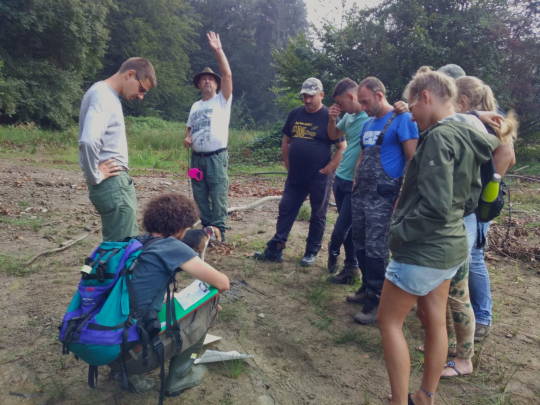 The hunters engaged with one another to recognise birds, rodents, canine and bison tracks. Though they are used to following only certain types of tracks in their usual routine, now they can practice following smaller animals like beetles and otters that offer more detailed insight into the ecosystem.

One advice Tony gave everybody is not to over-rationalise when they see a track. Sometimes the first idea is the best.

An app will be developed to be used by the hunters to monitor tracks and wildlife sightings. This tracking exercise and the next steps play a role in strengthening the bond between the conservation programme and a correct management of the forests. 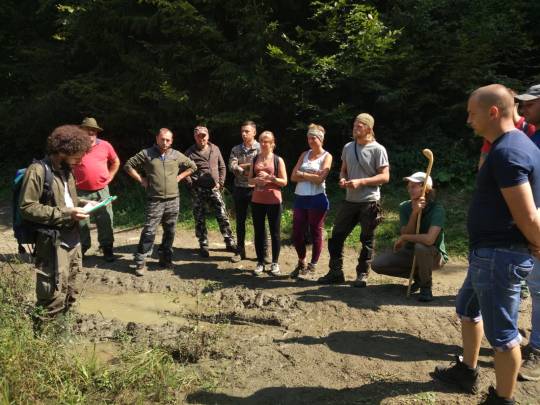 At the same time, a guiding course lead by Georg, who has been the principal nature guide in the area for the past few years, took place in the Bison Hillock. Danne, Sebastian, two local tour guides Christian and Engelber alongside, Lica and Ion, two park rangers from the Vânători Neamț Natural Parkand spent 48 hours roaming the deep forest and slept under the stars at the Tara observatory.

The course was centered around bison tracking and group exercises meant to increase awareness to the immediate environment. In one of the exercises they stayed in silence for three quarters of an hour watching and listening to nature.

“Those forty minutes revealed what would be the essence of the guiding course. By exposing ourselves to a seemingly unchanging environment, our senses awoke and began to see and hear what was previously not noticed.” expressed Danne after the experience ended. 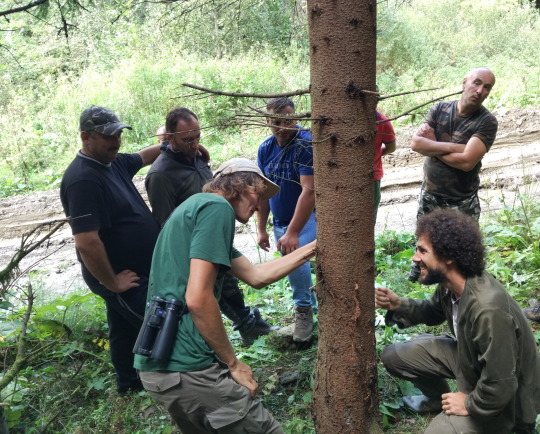 The lessons learned and the connections built during this week will flourish to benefit the entire community, the conservation programme and our long-lasting partnerships across the country and internationally.